Most countries around the world have adopted and ratified the United Nations Convention on the Rights of Persons with Disability (UNCRPD).

To date, the UNCRPD has been signed by 164 countries and ratified (or made legally binding) by 180.

The United Nations Convention on the Rights of Persons with Disability

The UNCRPD was adopted in December 2006 and entered into force in 2008. It builds upon previously documents related to people with disabilities such as the World Programme of Action on Disabled Persons (1982).

The Convention was adopted as a response to what was deemed an overlooked development challenge. The World Health Organisation (WHO) estimates that approximately 25% of the world’s population is affected by disability, and 80% of the world’s people with disabilities live in low-income countries.  It was deemed that people with disabilities were being denied their human rights.

UNCRPD is the document most cited in respect to digital accessibility. It is a commitment by those countries which have signed and ratified the Convention that they will abide by the policies.

People with disability have the right to access all aspects of society on an equal basis with others including the physical environment, transportation, information and communications, and other facilities and services provided to the public.

In addition to being signatories to the UNCRPD and agreeing to abide by that Convention, most countries have adopted their own methods for governing digital accessibility internally.  For some countries, the requirements only apply to government organizations, and in others, it applies to both public and private organizations. However most require compliance with the W3C Web Content Accessibility Guidelines (WCAG) 2.0 or 2.1. For instance: 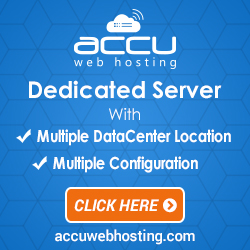